Please click the button below to register for the event! Due to very limited space remaining, enrollment after 8/16/22 will be confirmed by email. To learn how more about how you can help, please email kevstronggolf@gmail.com.

This event has been initiated by some of his lifelong friends to help raise funds and celebrate the community of support for Kevin Haggerty. Those who know Kevin know that he has spent his life poured his heart and soul into being a great friend, father, husband, brother, and community member. Your support is greatly appreciated by Kevin and the entire Haggerty Family!

Enrollment forms can be modified by the primary contact until August 1st.

For information about how to become a volunteer or a sponsor, please email kevstronggolf@gmail.com

All proceeds will benefit Kevin’s continued care and rehabilitation.

Anyone interested in volunteering at the event is encouraged to email us at kevstronggolf@gmail.com.

Thank you all for supporting the recovery of our amazing father, grandfather, uncle, brother, mentor, and friend, Kevin Haggerty. 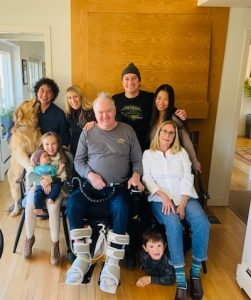 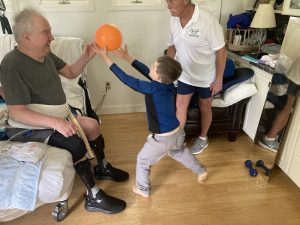 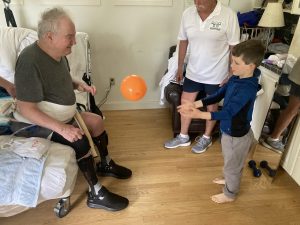 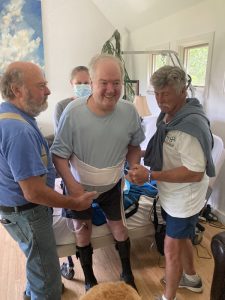 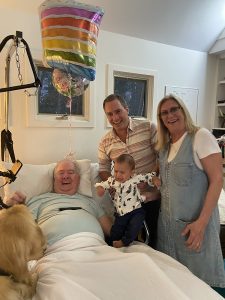 “On the evening of Wednesday, July 24th, the Haggerty family was enjoying a great day in Matunuck, Rhode Island before departing for Thailand to attend his oldest son Bryan’s wedding. It was a picture perfect night, so Kevin and Brendan went down to South Kingston Town Beach for an evening swim. While out in the water, a set of large waves came in and Kevin–being who he is–took the challenge and caught the wave body surfing. The wave crashed on a very shallow part of the beach, and Kevin was thrown head-first into the shore. Brendan was headed out behind him and noticed that he was face down in the water, and hurried to pull him out of the water.

When he was brought back to shore, they were able to get Kevin to cough up the water he had ingested and get him breathing again. Kevin was conscious, but unable to move his arms or legs. Immediately, a group of people gathered at the scene and circled in prayer around him. This amazing system of support created a very intense spiritual experience for everyone at the beach that evening.

Kevin was evacuated from the beach on a backboard and transferred to Rhode Island Hospital that night. The initial x-ray showed no fractures in the spinal column, but the MRI confirmed damage to his spinal cord (C3-C-5, hemorrhage in C5). Kevin had a surgery to remove a portion of his vertebrae bone to release pressure and allow extra space for some swelling to occur. 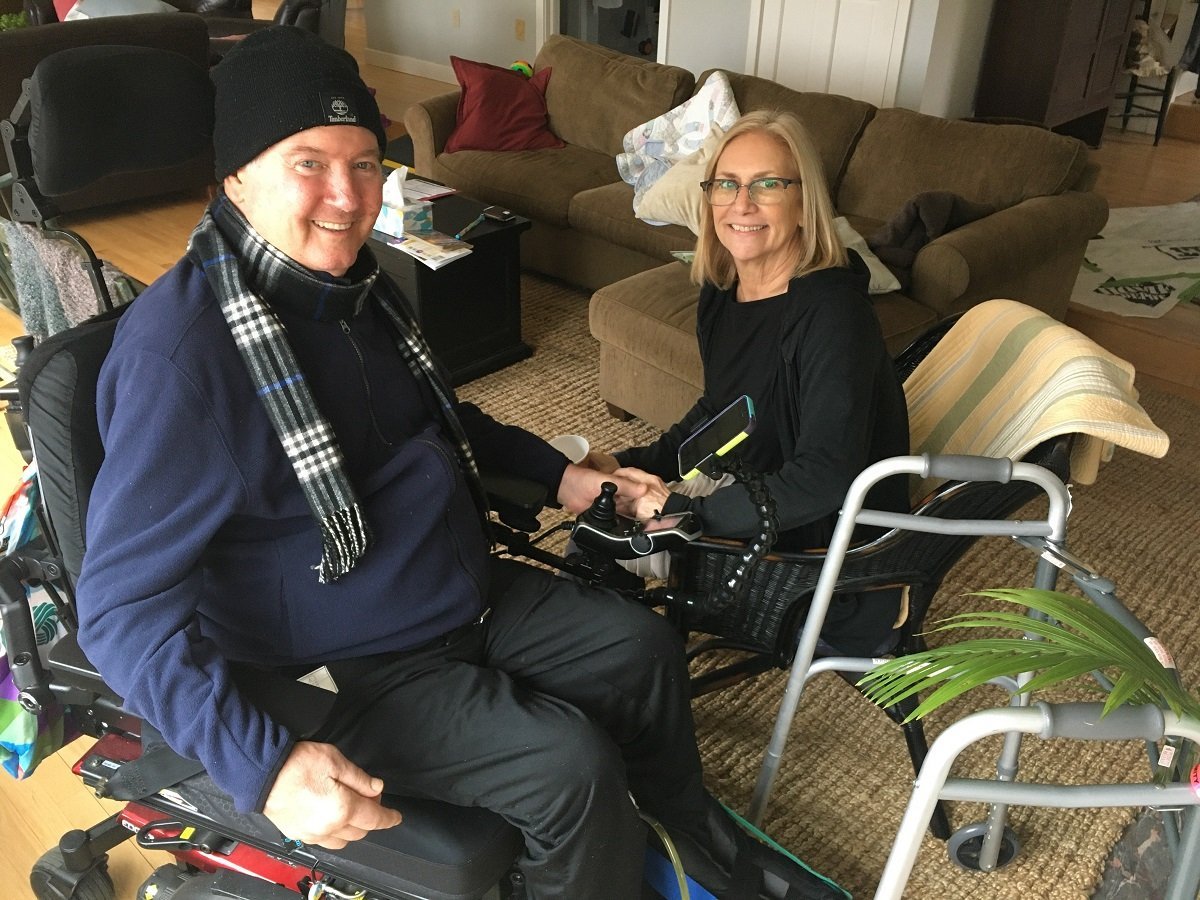 Kevin has an incomplete spinal cord injury and is a quadriplegic. Nearly three years later, Kevin continues to work hard each and every day to build his strength. He has battled pesky infections and skin issues, but he continues to gain strength and mobility. He works hard each and every day to make those around him proud, and his contagious optimism has inspired followers across the globe.

Kevin’s recovery continues to take every ounce of energy that he can muster each day, and he has to work very hard for all of his progress. The Second Annual KevStrong “You’ve Got a Friend” Golf Fundraiser is an opportunity to celebrate Kevin’s amazing community of support and help keep the momentum going on his long road of recovery.

This event was initiated by some of Kevin’s lifelong friends to help cover the cost of Kevin’s care and the tools needed as he continues his recovery.

Your support is greatly appreciated by Kevin and the Haggerty Family! 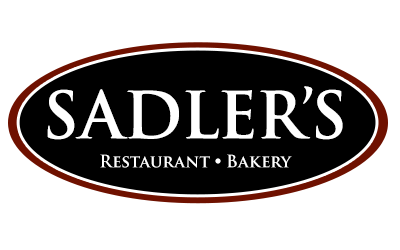